Spending to save: contract signed for WMP HQ refurbishment 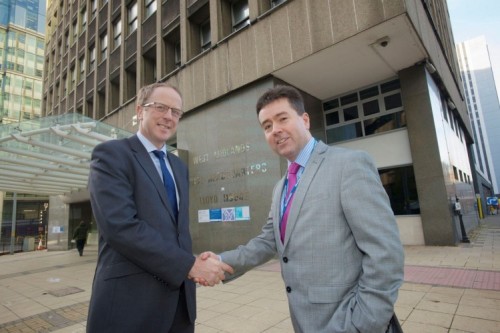 “We bring with us a major track-record of improving and updating police facilities, such as recently for new headquarters in Newcastle, Cardiff and South London.
Nick Gibb, preconstruction director

The project will deliver a much improved working environment for WMP staff whilst achieving more open and flexible floor plans that better meet modern ways of office working. It will see Willmott Dixon also improve the building’s exterior as well as public space on Snow Hill and Colmore Circus Queensway.

The savings that will result, including ending other central Birmingham lease agreements, will form part of the force’s overall cost reduction scheme. David Wilkin, Director of Resources, said: “The refurbishment of Lloyd House is an essential cost saving measure the force has taken. The creation of open plan, modern and fit for purpose offices will mean we will be making the most effective use of space and resources within our headquarters.

This will allow us to comfortably accommodate more staff within the building meaning we can unburden the force from city centre building leases.”

Willmott Dixon preconstruction director Nick Gibb said, “We bring with us a major track-record of improving and updating police facilities, such as recently in Newcastle, Cardiff and South London. With our large presence in Birmingham, we are both delighted and proud to have been appointed for such an important project that will bring real value to WMP.2

John Marsh, WMP Property Manager, said: “We chose Willmott Dixon as they have a wealth of experience in this type of refurbishment. “They also encourage 'localism' wherever possible meaning, for the Lloyd House project, they will be sourcing over half of their materials, staff and apprentices from within a 40 mile radius of the headquarters maximising added-value to the local community”

The expected completion date for the full refurbishment of Lloyd House is Autumn 2016.