Our heritage specialists modernised this well-known Grade II listed building to give a dynamic new future for the museum that is now one of the UK’s best places for Egyptology.

The space we created means visitors to ‘Bolton’s Egypt’ can learn about the town’s important links to the world of pharaohs and pyramids in the family-friendly, interactive gallery, with room for 2,000 objects, more than double the previous capacity.

The museum’s collection of paintings, sculptures, statues and other artworks is also on display in a new gallery called Bolton’s Art.

The new exhibition space features a full size reproduction of the burial chamber of Thutmose III, which visitors can walk through. This is part of the 2,000 ancient Egyptian artefacts now on show in Bolton’s Egyptology collection including the oldest sample of mummification in the world. 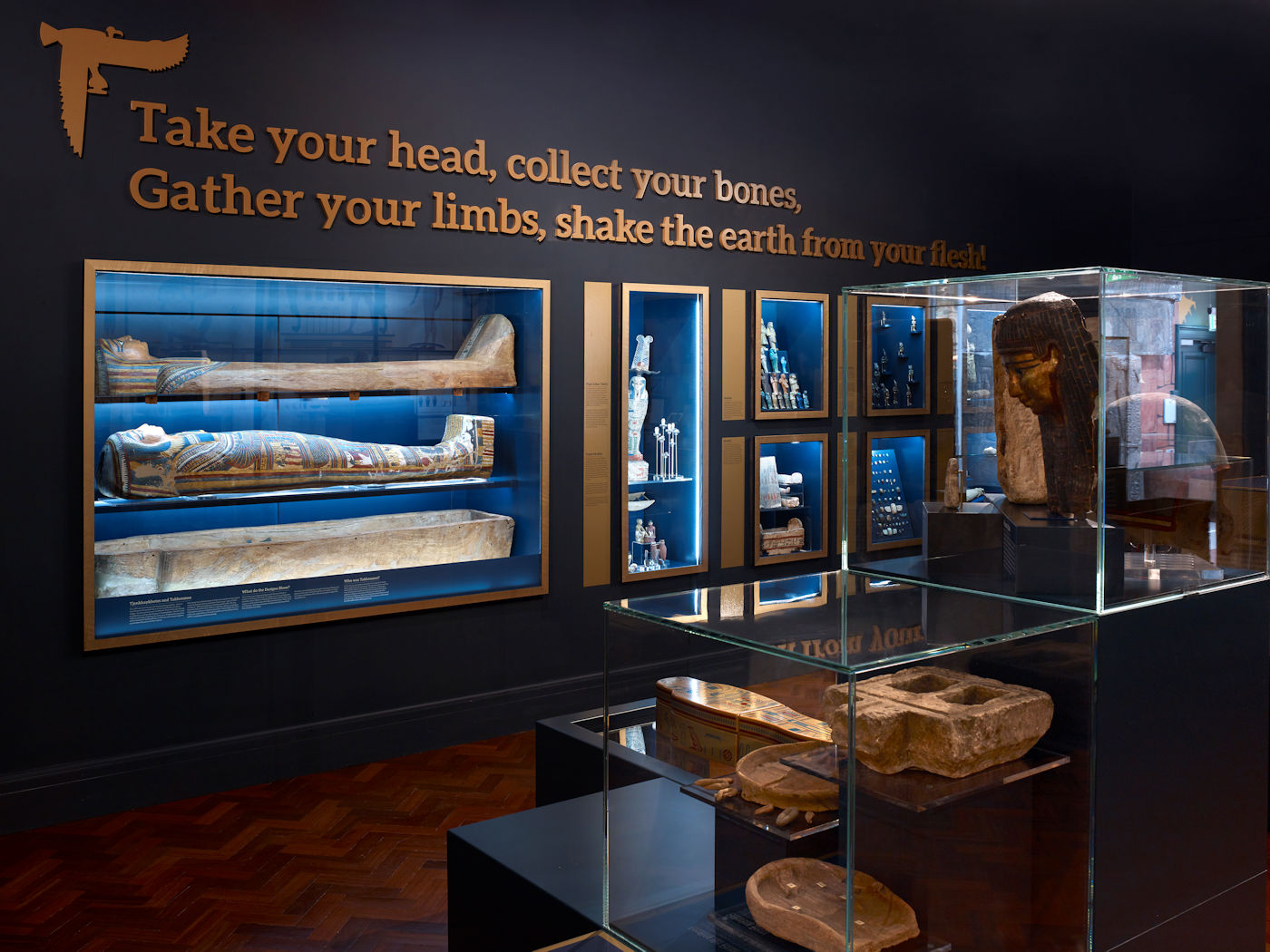 Bolton’s Egyptology collection is one of the most significant ancient Egyptian collections in the UK. A local mill owner’s daughter, Annie Barlow, was a member of the Egypt Exploration Society in the 19th Century and helped to raise funds for excavations in Egypt. The Egypt Exploration Society donated numerous finds to the Chadwick Museum – the Victorian forerunner for Bolton Museum.

This was an extensive and complicated heritage project to repair and upgrade the Grade II listed Bolton Museum – our fourth project for Bolton Council.

The museum was in poor state of repair, there was not enough space to display the vast collection and visitor numbers were low. The 1930s building was originally designed and constructed as a museum. But over the years, inside the building had become tired and the roof leaked. There was a requirement to create extra space to display more of the museum’s treasures, and generally upgrade the museum to bring it in line with modern-day expectations.

This refurbishment was also part of Bolton’s regeneration masterplan to create 7,400 new jobs and stimulate economic growth worth an estimated £412m across the town.

The project ran for 59 weeks from July 2017. The work included creating new art galleries and exhibition spaces for Egyptology – including a replica tomb of King Thutmose III (one of only three replicas of any tomb in the world, the other two are located in Egypt). The museum has the most extensive and significant collection of ancient Egyptian artefacts in the UK outside of London.

The project had to be completed while the library on the ground floor of the same building remained open to tens of thousands of visitors each month.

We manage the early completion of the museum’s galleries at the customers’ request, so that they could begin fit-out ahead of schedule. This delighted the customer as sectional handover of this element was not a contractual requirement.

This was an extensive repair and upgrade which not only involved transforming Bolton’s Egypt gallery space, but relocated two new art galleries, a history centre, refurbished the vast and complicated glazed roof and main entrance and installed a new lift.

Meeting the brief of ‘wowing visitors’ was fundamentally important to the customer and with careful budgetary management we were even able to go beyond the brief. The completed building now showcases some of the significant architectural features from the original 1930’s construction.

In the first three month after opening in September 2018 visitor numbers rose by 46 per cent.

“Bolton’s Egypt is a wonderful showcase of our nationally important artefacts and the museum is renowned for its extensive Egyptology collection. This will be a major tourism attraction for Greater Manchester and the North West which will attract national acclaim, enhance our visitor numbers and further boost business in the town."

Senior building manager Graham Leigh on his role leading our team at the museum:

“I enjoy the complexity of working on listed buildings. These projects bring fresh challenges and the need to think differently, particularly about buildability, logistics and how to bring the best out of buildings that have been lost in time.

Key features of working on refurbishment projects are collaborating and building relationships with key stakeholders. My personal key drivers are to focus on the Customer’s aspirations and over-deliver in this respect whenever possible.

Listed buildings, museums in particular, come with their own unique history, in terms of both the building itself and the passion people have for the collections and artefacts. During the Bolton Museum project, I attended seminars about Egyptology and researched the subject to understand the theory behind the client’s vision. I took great pride promoting the project and the importance of the museum as a treasured local resource, holding open days and public tours during the refurbishment.”

Bolton Museum was completed on budget and ahead of schedule. Our team worked around thousands of people, pulling off many technical feats, including installing an exact replica of a pharaoh’s tomb. We attended to every little detail so the museum ‘wowed the public’, and the council subsequently appointed us to refurbish Bolton’s Octagon theatre.

The customer was so pleased they awarded our senior building manager Graham Leigh the ultimate accolade of hanging my portrait permanently in the gallery alongside Bolton legends such as Amir Khan and Nat Lofthouse!