Willmott Dixon’s pipeline of Midlands housing work continues to expand with new schemes in Evesham, Worcester and Rugby that will sustain over 100 jobs in the West Midlands.

The company has been appointed by Rooftop Housing Group, Worcester Community Housing and Housing 21 to deliver a total of 160 new homes in the region for a variety of tenure needs.

At Evesham, Willmott Dixon will build a £6 million 48 apartment extension for Rooftop Housing Group to the popular Yates Court extra care complex in the High Street. In Worcester, Worcester Community Housing has awarded the company a £7m contract on Gresham Road to create a mixed-use development providing 27 houses and six commercial units that incorporate a further 24 apartments, together with the re-provision of the local church.

In Rugby, Willmott Dixon is working with Housing 21 on a facility that will provide 61 apartments for people requiring specialist extra care accommodation. It’s the latest in a series of development the company is building in Warwickshire for Housing 21.

The housing work comes a few weeks after Willmott Dixon announced its Coleshill-based housing company had created 42 new jobs in the past six months following a surge in housing orders that included a £6.6 million contract for The Wrekin Housing Trust for extra care apartments in Wombourne, plus work to create 37 new homes of all tenure mixes for Walsall Housing Group on Fisher Road. 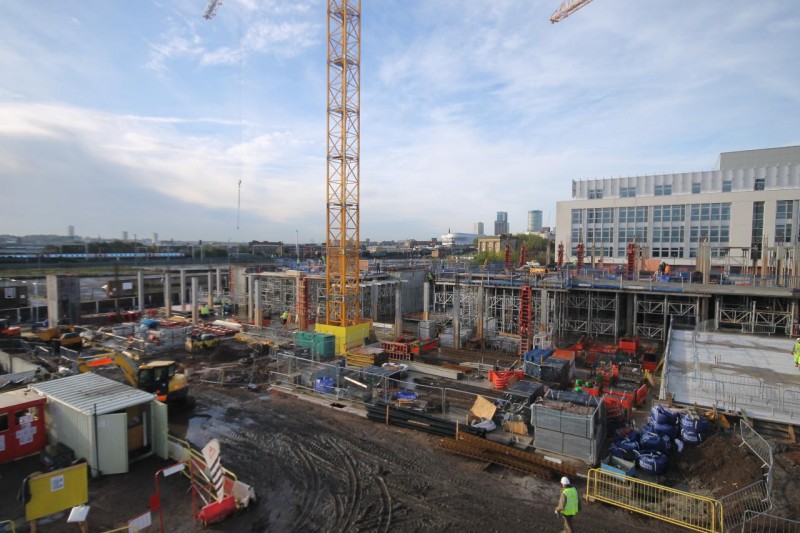 The surge in housing work compliments Willmott Dixon’s long established Coleshill-based construction business in the Midlands under managing director Peter Owen that is responsible for large schemes including phases one and two of Birmingham City University’s £180m estate masterplan on Eastside. Our company also employs nearly 1,000 people in the West Midlands to carry out repairs and maintenance to 60,000 properties owned by the Birmingham City Council.

Already a major house builder in the South East, Willmott Dixon made a strategic decision this year to expand its housing capability in the Midlands to meet growing demand for new homes. The company appointed Simon Leadbeater as its managing director for housing building in the region, who said: “Housing is a good indicator of economic growth and these latest schemes bode well for prospects in the West Midlands. Our growing workload in housing will also see us create further job opportunities as more projects start on site over the coming months.”

Willmott Dixon also made a big statement of its intent to boost training and jobs in the West Midlands by investing £1 million to create the 4Life Academy at Electric Avenue in Perry Barr. The academy has already provided skills training to over 1,000 people since opening in February, with a yearly target to provide skills courses for 2,000 people, both within the company and also the wider community in Birmingham.