in a Grade II listed building 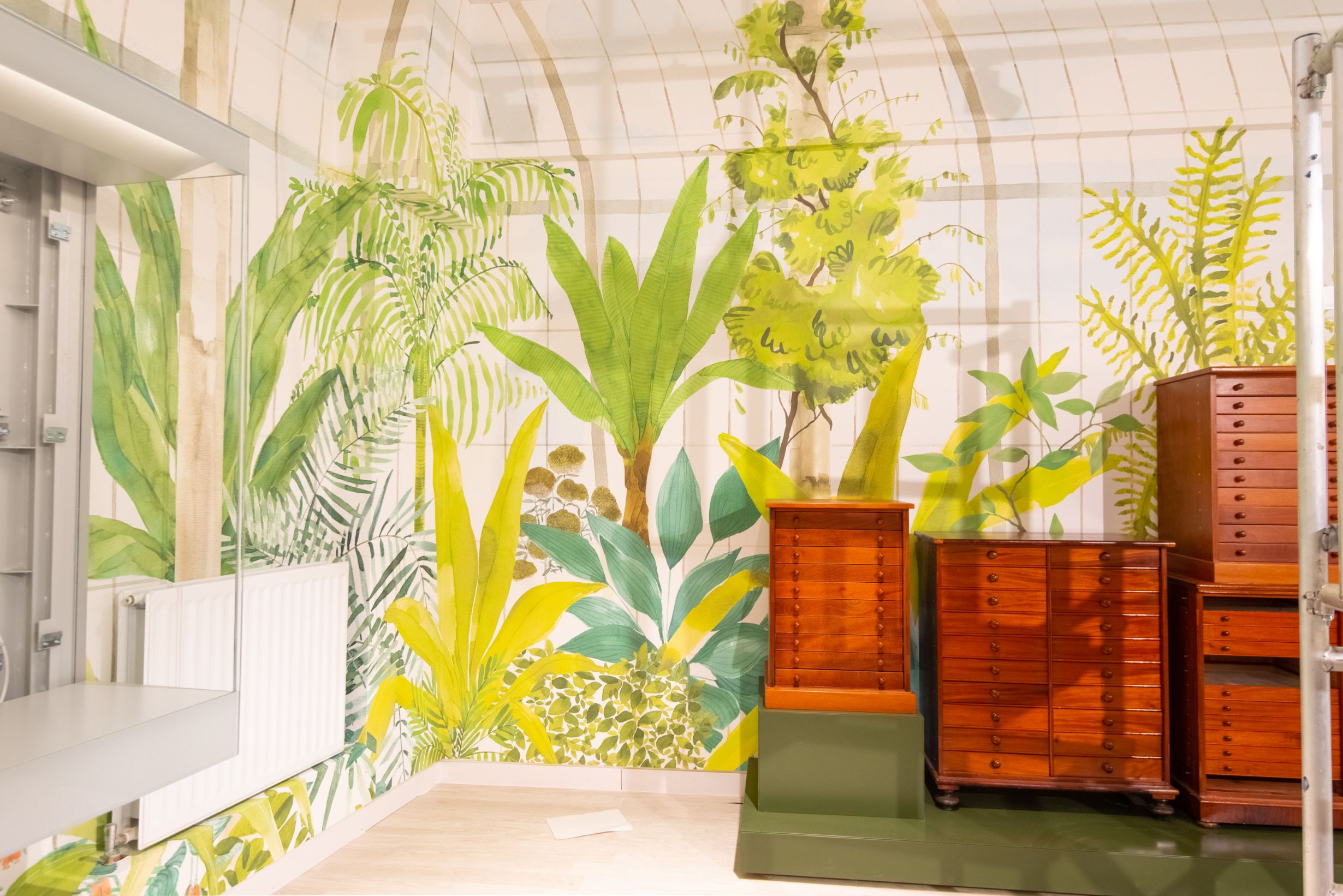 The project involved Willmott Dixon Interiors bringing together an existing four-storey library dating from 1952 with an adjacent three-storey adult education centre built in 1904. Importantly, many period features were retained to form a central part of The Amelia Scott, along with an impressively airy barrel-vaulted central lobby that’s 15m high.

The project utilised expertise from our team that reimagined the world-famous Old Admiralty Building, with Duncan Booth from Willmott Dixon Interiors explaining:

“The Old Admiralty Building and the Amelia Scott are similar in terms of structure and materials. It was a complete strip back and refurbishment project where we had to retain much of the original buildings including doors, ironmongery and the plaster skirting boards.

“Because the original plaster was made from lime and horsehair, we had to employ a specialist to mix similar plaster for the replacement to meet the conservation requirements. Replastering the walls of lots of high-ceilinged rooms was a thorough process –the plaster needed months to dry properly.”

Now the attractive multi-purpose cultural hub is a facility for all, comprising an upgraded adult education centre and library, plus a museum, art gallery, archives including a very important historical photographic collection, a tourist information centre and a new café which opens out onto the courtyard at the rear.

As ever with refurbishment, the challenge in Tunbridge Wells was two-fold: dealing with what lay concealed in the walls and structural framework, and shoehorning modern services into old buildings. Here, the big reveal was asbestos behind the panelling and multiple corridors and walls lined with de-bonded plasterwork.

“It was a complete strip back and refurbishment project, but we had to retain much of the original buildings including doors, ironmongery and the plaster skirting boards. As the original plaster was made from lime and horsehair, we had to employ a specialist to mix similar plaster for the replacement to meet the conservation requirements.

“Replastering the walls of lots of high-ceiling rooms became a painstaking, time-consuming job – and the plaster then needed months to dry properly.”

The refurbishments were complicated by the variety of the materials and construction methods used for the existing library buildings. The 1950s library, which was sited over a Second World War bomb shelter, had been built with materials available under the still-operating rationing system.

Willmott Dixon Interiors found an assortment of bricks, cavity walls and concrete slabs, all of which had to be picked apart and reconfigured. It was equally testing in the old adult education centre, where the team discovered a mixture of brickwork and steel and timber joists infilled with clinker concrete.

When the team arrived on site in spring 2019 to firm up project costings, the first challenge had been to find ways of reconciling the customer ambitions with the available budget. Various value engineering suggestions needed approval by committees at both Kent County Council and Tunbridge Wells BC as well as their architect Purcell and project manager Spider; managing the expectations of so many stakeholders was a key priority.

Having persuaded the team to modify certain aspects of the design, the customer pressed the button on construction work on site in January 2020, about six months behind the original programme.

The heavy-duty parts of the programme, which created 4,000 tonnes of ‘muck away’, followed a relatively straightforward path: demolish the outbuildings; lay foundations for the new archive building; demolish areas at the back of the library; pore the reinforced concrete for the new archive wing; lay the foundations and ground floor slabs for the central lobby that serves as a connecting bridge between the two buildings; install glulam beams in the central lobby; and place over the connecting lobby a cone-shaped roof using a modish grey-coloured section of curtain walling. Replastering and services installation took place afterwards or alongside all the various structural activities. 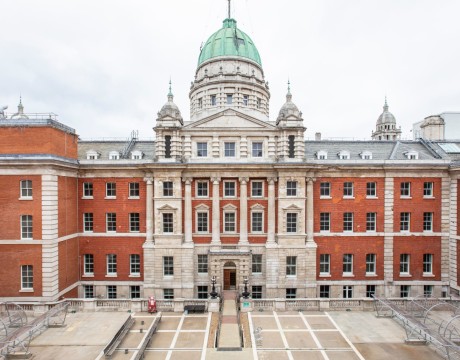