Willmott Dixon won the Sustainable contractor of the year category in the same week we announced tough targets to cut waste and carbon!

In our 2016 Sustainable Development Review, we set out ambitions to 2020, which include targeting a 60% reduction in construction waste intensity (compared to 2012) and a stated aim to enhance the life chances of 10,000 young people. In 2015 the company announced its intention to halve its carbon emissions intensity by 2020, compared with 2010. 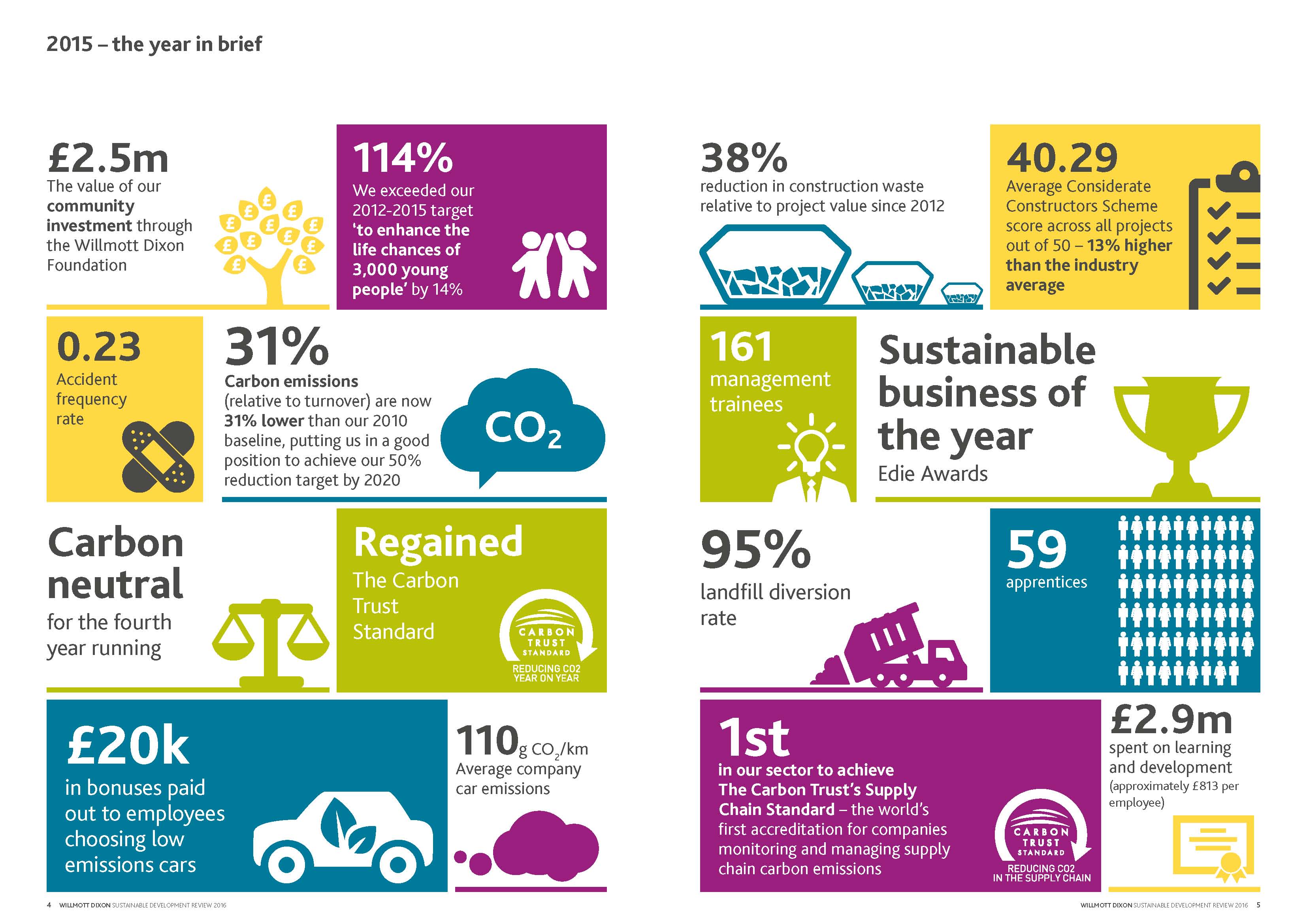 Here's what Construction News had to say on the award!

Summary: Willmott Dixon’s long-standing commitment to sustainability impressed our judges, which is on show throughout the company. The contractor has unwavering ambitions to keep improving in the future and try and lead the way on sustainability in construction. 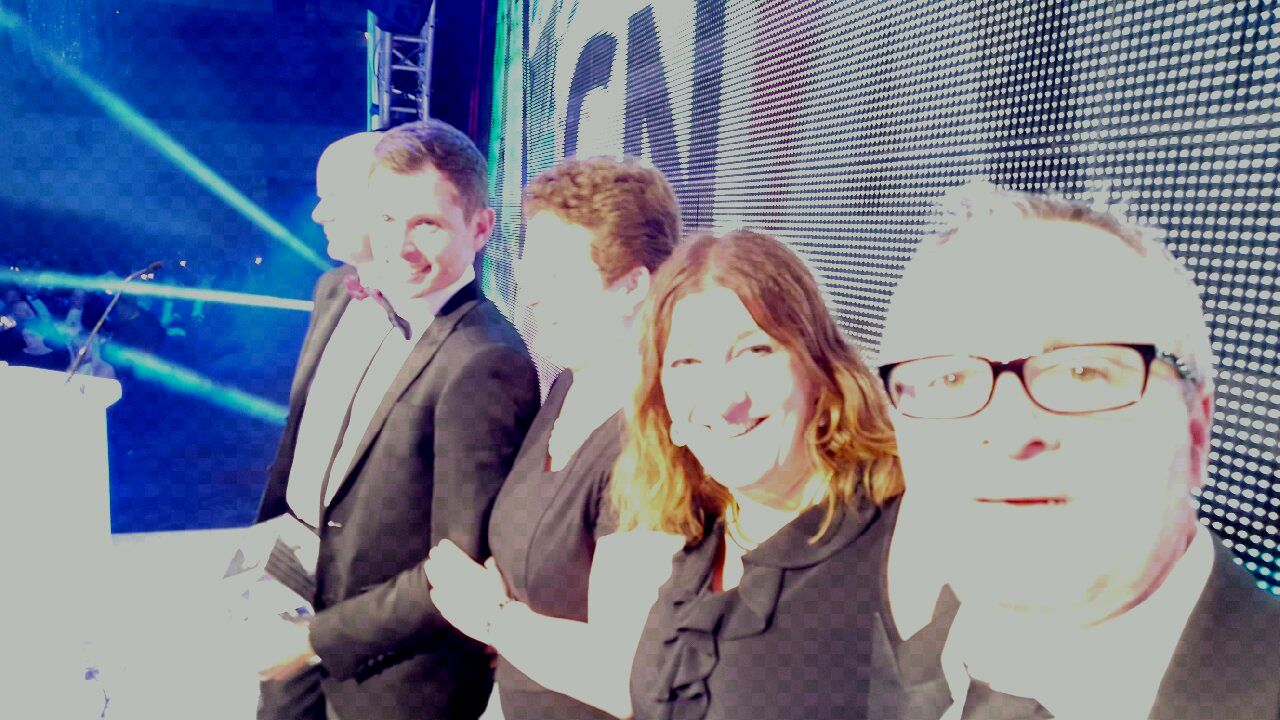 Another view of our team on stage

Willmott Dixon emerged as the winner in this closely contested category in which the judges were drawn to a number of superb and innovative policies and projects.

Willmott Dixon’s sustainability achievements are driven by its Re-Thinking team, which focuses on developing a “human touch” and ensuring sustainability “flows through everything we do in the business”.

The judges were impressed with the “long-standing commitment” on show throughout the company, as well as its “unwavering ambitions” for the future and that all performance data had been verified externally. Willmott Dixon is aiming for a 60 per cent carbon reduction by 2020 (against a 2012 baseline), with savings of more than £10m.

Its 2012-15 target for construction waste was initially set at 15 per cent. However, as with many of the group’s earlier targets, this was smashed, with a 38 per cent reduction rate achieved through policies including waste segregation and increased education and collaboration with suppliers.

The firm’s 10 Point Sustainability Plan is applied to every project, with steps such as applying a Sustainability Action Plan and looking at community investment, as well as data-led criteria such as carbon emissions and waste.

“The thought process and structure, as well as Willmott Dixon’s ambitions for 2020, are just as impressive today as they were in 2008 when the commitments were made public”

Stand-out projects over the past 12 months include the Bicester Eco-town, one of only 10 developments worldwide to achieve Bioregional’s One Planet Living Status; the conversion of Summit House in London into a low-carbon, energy-efficient work space; and the World Wildlife Fund’s BREEAM Outstanding HQ, which won the British Council for Offices’ Innovation award.

Willmott Dixon is a founder of the Supply Chain Sustainability School, with which more than 1,000 of its suppliers had registered by the end of 2015.

The company’s internal policies include waste and carbon performance in employee incentive schemes, while every employee undergoes sustainability training upon joining the company.

A total of £2.5m has been put towards community investment, which the company says has benefited more than 3,400 people. The firm’s ambitions don’t stop here, with a target of 10,000 by 2020.

The judges commended Willmott Dixon’s efforts to constantly improve its approach to sustainability, tackling challenges from a number of different directions and recognising how constant communication is vital to achieving wider goals.

We've been on this journey since 1852