Willmott Dixon’s 4Life Academy in Aston is celebrating a very special milestone after it surpassed its target of providing new skills to 2,000 people a year within the first ten months of opening. 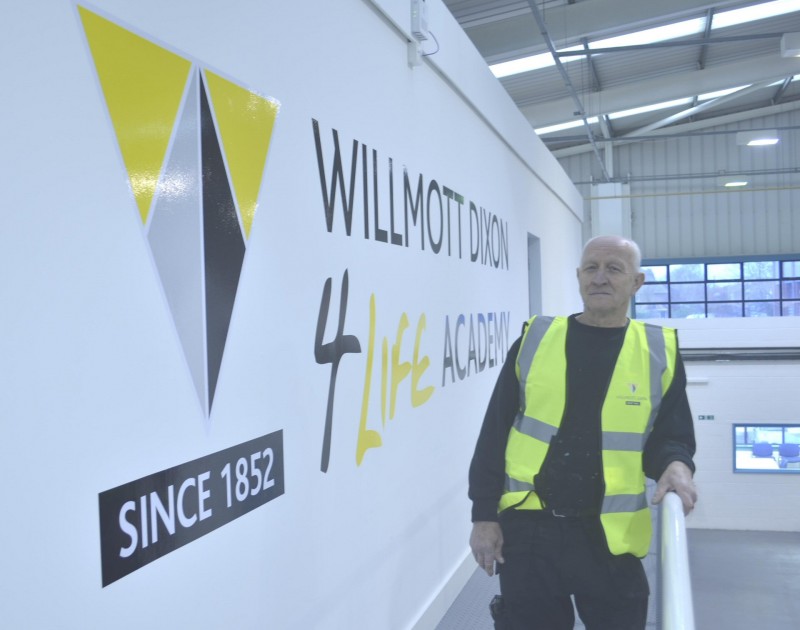 Since opening this February, over 2,000 people have now used the facility to receive training in a variety of courses that provide new skills to enhance career ambitions and long-term employment goals. This includes many from other companies and use the academy for their training needs.

In addition, the launch of the 4Life Academy as Willmott Dixon’s training centre of excellence has created 10 new jobs and supported the learning of 16 new apprentices recruited in 2013. Its success has inspired the company to open a similar facility in a village in Togo in 2014 which will be built by many of the apprentices now benefiting from the 4Life Academy.

The 4Life Academy is an approved training centre for City & Guilds and the British Plumbing Employers Council, enabling it to deliver a wide range of career-enhancing skills ranging from courses in plumbing, electrical compliance and renewable technology to long-term NVQ and City & Guilds qualifications. As well as working with local businesses, Willmott Dixon’s academy offers training and employability skills opportunities for local jobseekers, schools, colleges and community groups.

The person who has the accolade of being the 2000th person to undertake training at the academy is 67 year old Fred Mullis, from Great Barr, who completed a health and safety course. Fred made the conscious decision to keep upskilling and continue his professional development rather than retiring when he reached the age of 65.

He works as a glazier for Willmott Dixon Partnerships on the company’s contract with Birmingham City Council to repair and maintain 60,000 properties in the city.

Fred said, “I originally joined the council as an apprentice painter and decorator in 1961 and later decided to retrain as a glazier. When I reached retirement age I decided to keep working because I enjoy it and get on so well with my colleagues and our customers. My job is to repair the windows and doors of Birmingham City Council tenants’ homes, or shared communal areas, across north Birmingham. As part of my role I need to stay up to date with the latest health and safety laws on subjects like asbestos, or dealing with ‘sharps’ – any drug paraphernalia I might find in a property. I’ve not only learnt a lot from the courses at the 4Life Academy but enjoyed completing them too.”

Mick Williamson, managing director at Willmott Dixon Partnerships, the company within Willmott Dixon that operates the academy, said, “Our company has a long-term presence and commitment to Birmingham, employing 1,000 people in the West Midlands. We are thrilled to have achieved our target of 2,000 people using the academy in one year; skills are crucial for economic growth. Our academy forms part of our ‘Skills 4 Life’ training model, which aims to produce the best tradespeople within the construction and maintenance sector. It focuses on personal development and aims to maximise the individual’s career potential, while delivering additional benefits for the local community and the construction industry as a whole.”

As well NVQs, the academy provides accreditation to the Construction Skills Certification Scheme and is being backed by the Union of Construction, Allied Trades and Technicians (UCATT) and the Trade Union Congress (TUC).