The repairs and maintenance specialist for Yorkshire Coast Homes called its event ‘Sun, Sea, Sand and Play’ and the cloudy weather was no deterrent for dozens of families who turned up. Each child received a bucket and spade full of pirate goodies and loads of play equipment for the sand, as well as enjoying a pirate paddling pool and craft tent where they could make a pirate hat or a paper plate jelly fish.

The event was organised by Willmott Dixon’s Susan Godbold and Melanie Watson. Susan said, “Playday is a national campaign to encourage thousands of children and young people to get out and play at locally organised events. This year the theme was Our Place and we wanted to do something at Scarborough that gave children a chance to have fun in the sand.”

The afternoon finished with a sandcastle competition that was judged by the Mayor and Mayoress of Scarborough, while a raffle raised over £100 for local charity, May Lodge.

Susan continued, “Everyone had a wonderful time and due to the success of the day plans are already in motion to organise a similar event for 2011.”

Sponsorship and help was provided on the day by Yorkshire Coast Homes, Jewsons, Sovereign Chemicals, Travis Perkins and Dutton International.

Now in its 23rd year, Playday is the biggest play event in the UK. Thousands of children and communities got out to play at over 860 locally organised events which put children at the heart of our communities. As well as a celebration of children's right to play, Playday is also a campaign that raises awareness about some serious issues affecting children's play. 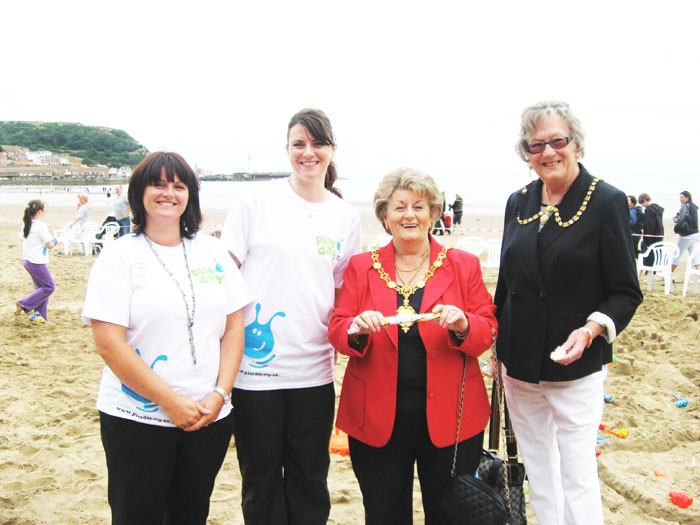