Willmott Dixon's skills for town regeneration skills were again evident with a new hub for the centre of Hebburn.

It was one of only 46 projects in the UK to receive a 2016 RIBA national award, and followed that up by scooping the Low Carbon Construction prize at the British Construction Industry Awards! 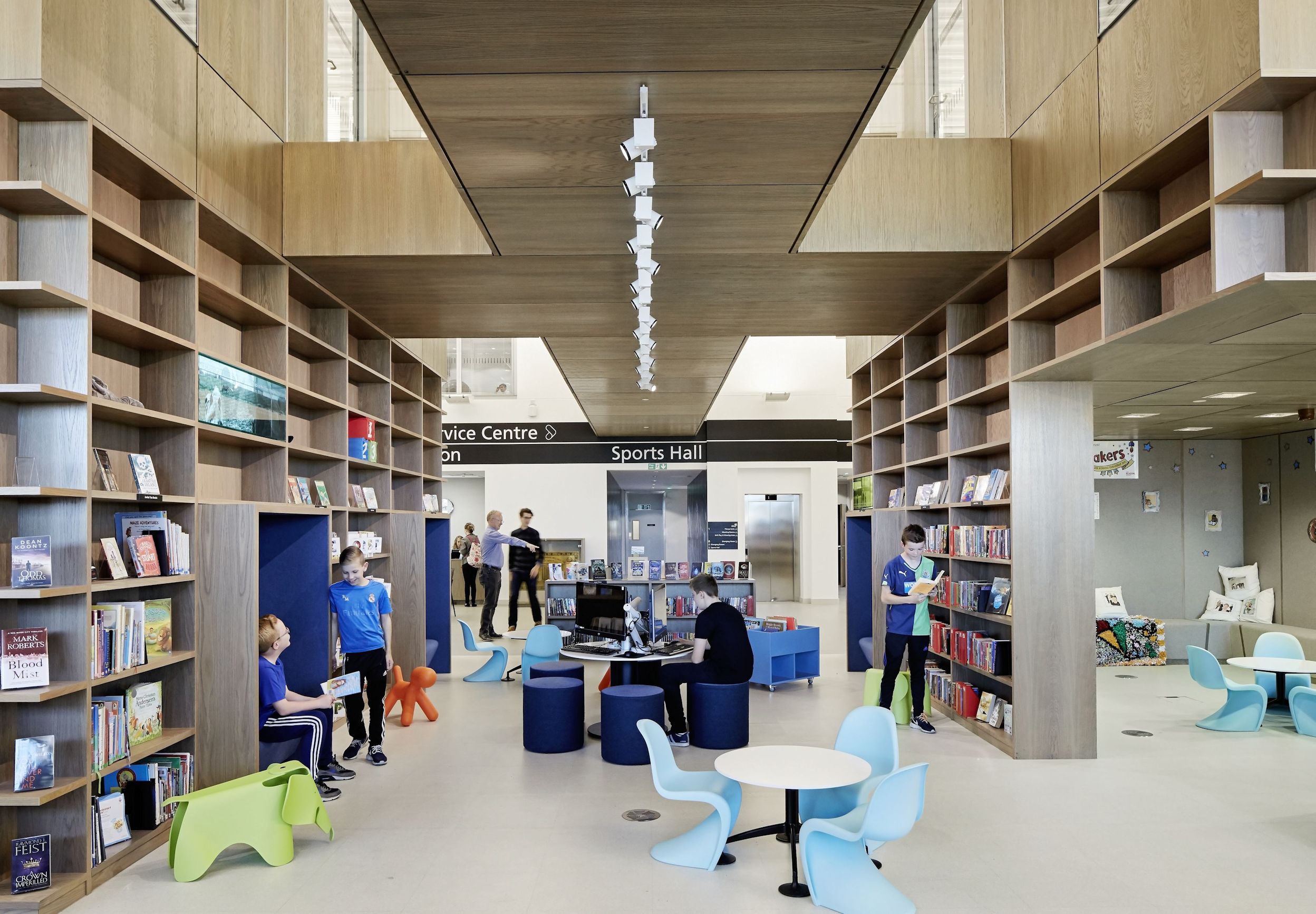 Procured via Scape Group's Major Works framework, this popular new 'all in one' attraction is a focus for thousands of residents, with facilities that includes a six lane 25 metre swimming pool, library and learning centre.

It is a catalyst for the town's regeneration with new retail and office space planned. 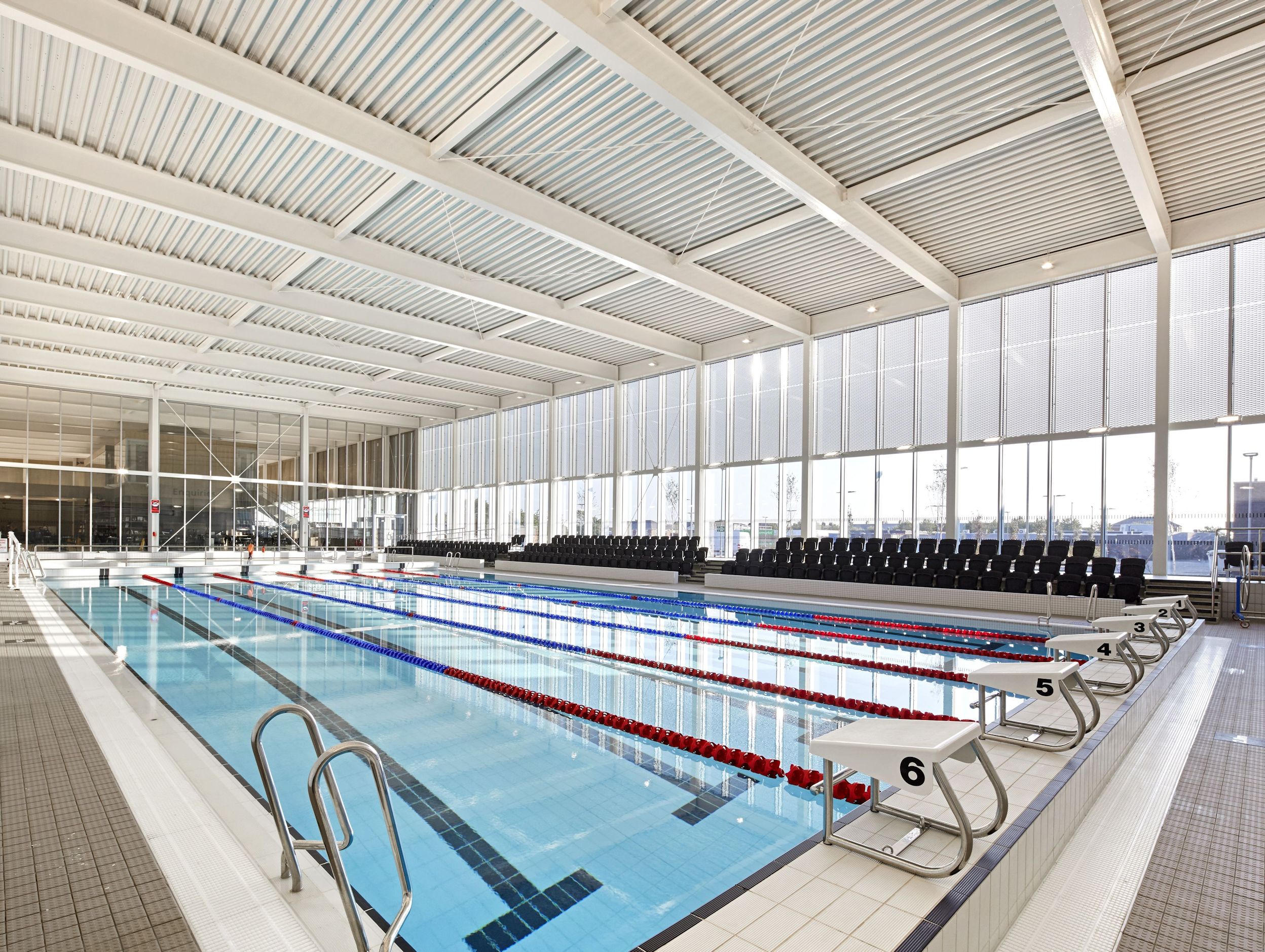 The two-storey hub opened in January 2016 and has quickly became a local landmark, with residents able to use a host of facilities like sauna and steam room, fitness suite, sports hall alongside the library, meeting rooms, a customer service centre and an outdoor games area.

“I was brought up in the town and this is just fantastic. This facility is going to open up a whole new perspective for people to keep themselves fit. We want to get the young people in here in particular because we are aware of the problem with childhood obesity."

To further highlight the clever integration with other parts of the town, the learning suite is linked to South Tyneside College and it provides a base for the local community police officer, further aligning the centre with the town's local amenities and infrastructure.

“The Hub will make a huge difference to the town centre and make it far more likely to attract future investment from the private sector.” 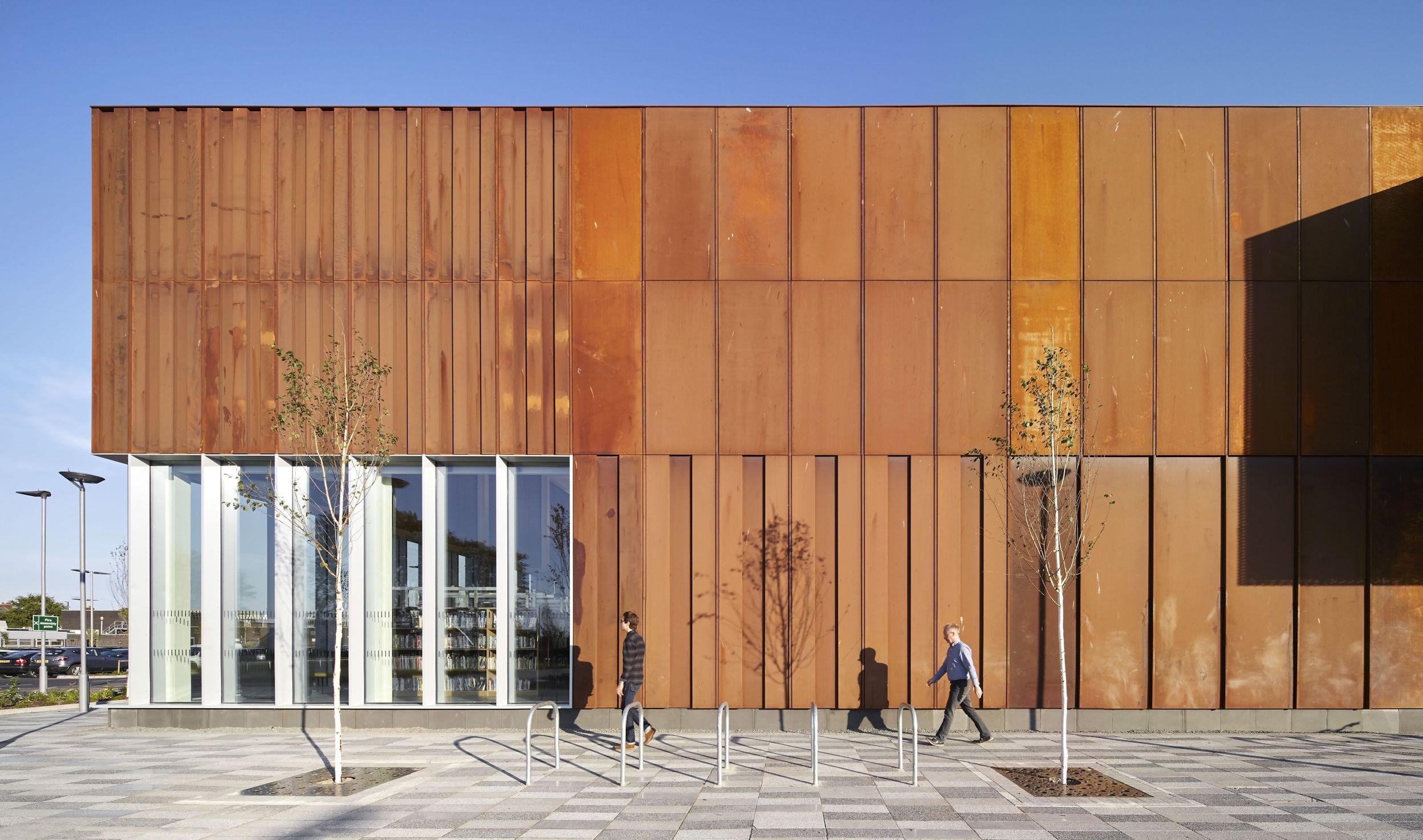 The oxidised-steel walls and prefabricated construction of this community centre are influenced by the region's ship-building heritage.

The 5,800-square-metre building is a major new addition to a local that is readjusting to de-industrialisation and the closure in recent times of shipyards on the River Tyne. The central location provided an opportunity to re-establish a sense of place, providing a focus and heart for the community.

"The benefits of shared space not only generate clear efficiencies but they also generate architecture that is rich in character and distinct in identity, creating spaces that are socially driven and environmentally responsive."

Anthony Dillon, managing director for Willmott Dixon in the North: “As a company we have a strong commitment to supporting the local economy and spent at least 30% of the budget in the local area.”

This project was procured under the SCAPE framework and delivered in an eye watering tight timescale. The building was achieved within programme and to a modest budget.

The jury was also impressed with such an envisioned client. That coupled with the abilities of the architects has resulted in a project that is exemplary in its boldness, use of unconventional materials and has created a new identity for the area. There is no doubt Hebburn Central will enrich the lives of the community and boost confidence to continue with the wider regeneration project.