hours of mentoring, an outstanding contribution from our community engagement manager

From living in a hostel whilst studying for GCSEs, , Armin has joined our management trainee scheme.

As part of the Building Lives segment of our Now or Never strategy, we pledge over the next ten years to support people who face significant barriers to be in, or on the path to, good careers. 100 of these will be new careers within Willmott Dixon. In October 2020, we helped Armin Behbin to overcome his complex living situation to gain a place on our management trainee scheme in our Fortem business.

Armin at 16 found himself having to leave his family home at very short notice and entered in to a system to provide him with a safe place to stay. This turned out to be supported living situation at a hostel in Hertfordshire. He continued to live in this environment for just over 22 months with around 12-15 other young people from different situations with a range of different needs. Armin continued to attend school and achieved good passes at GCSE. During this time his mental health was affected and felt that he really did not belong in the environment where he was placed. The hostel was often a hostile place with the police making regular visits to other residents, drugs and alcohol abuse was prevalent as well as anti-social behaviour amongst other people living at the hostel. During this time Armin's mental health and sleep patterns were severely affected and he often struggled to make sense of the situation he found himself in. He avoided all contact with drugs and alcohol despite the constant pressures to give everything a go in order to provide some escape from what was happening around him. He maintained a good relationship with other residents and often provided a reality check to some and attempted to encourage them to see life differently and make better choices. He became aware of the stereotypes that are placed on young people living in a hostel as they would not achieve or get anywhere and given various labels.

Armin attended an employability event at his school that Natalie Sidey, our social value manager in our London and East business was running. He was very quiet and did not say very much at all until just before the end of the day. Where Natalie engaged him a conversation and asked him about himself he said he lived independently and simply could not wait to be able to work. Natalie was impressed by the fact he was solely responsible for getting himself up each morning to attend school and take part in all his lessons despite getting very little sleep due to his living environment. It was clear to her that Armin although feeling low at the time and lacking confidence and self esteem thought that just telling him he should be proud of what he had already achieved made a difference to know that someone was actually willing to take the time for him.

Armin was offered the opportunity to have a work experience placement with the social value and sustainability team at Hitchin. He was a little anxious at first but soon found his feet and clearly identified that working within construction had an awful lot of possibilities he had never considered. As the week went on he grew in confidence and belief in his ability to step out of his comfort zone to enable him to develop new skills. Being exposed to so many different people and roles gave him a chance to show himself in a positive light. He attended careers events and employability workshops as well as spending time working on an inclusion and diversity project. Everyone that met him commented on how well he conducted himself and had been respectful and engaging with the whole team. 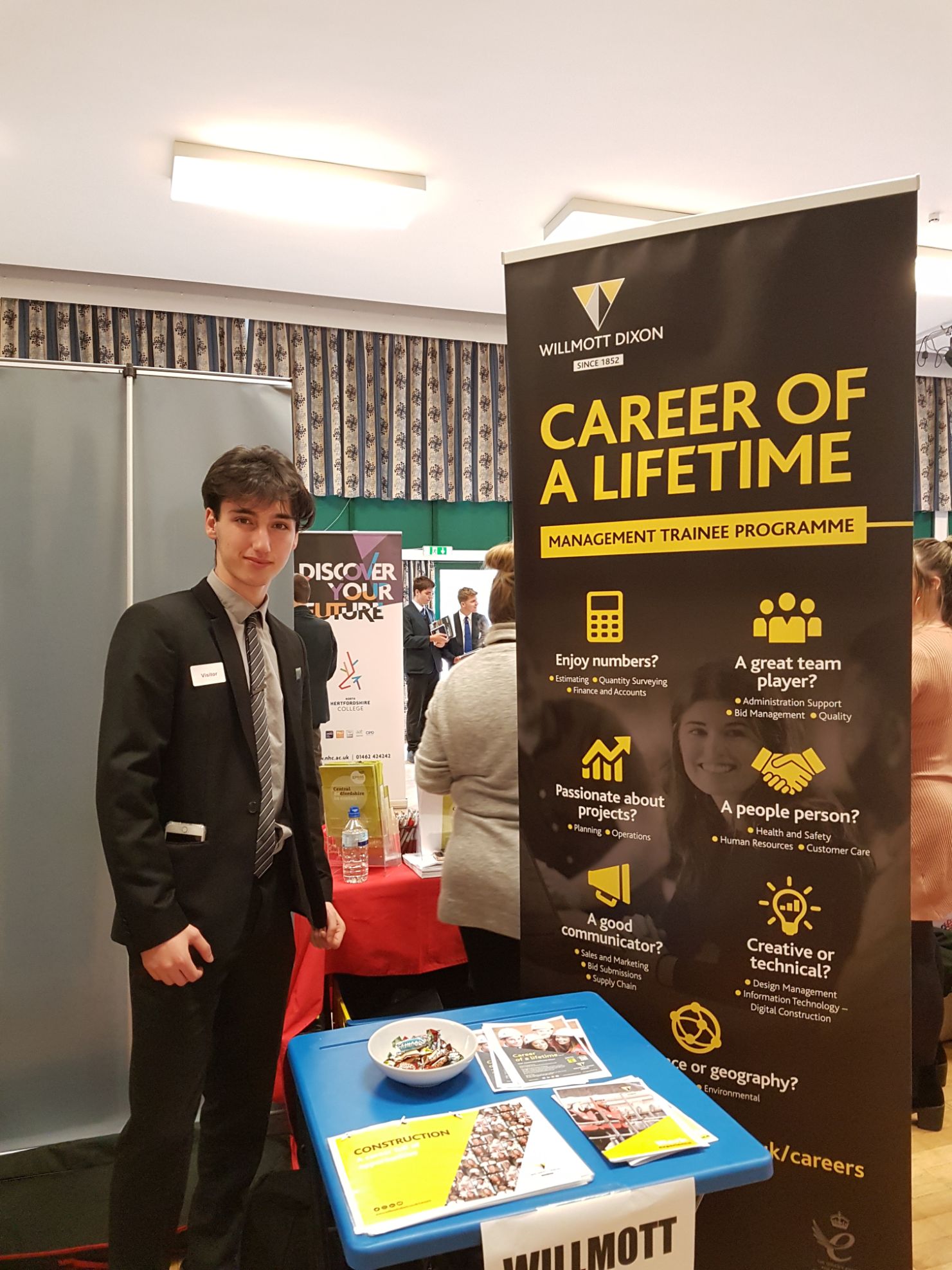 Armin attended a 2nd work experience placement with Willmott Dixon this time with our group learning & development team. He thoroughly enjoyed his experience, being assigned interesting tasks, offering suggestions and ideas in meetings. The whole team embraced his passion and enthusiasm for working with people and his understanding of psychology and how people think and work will have really helped his development. 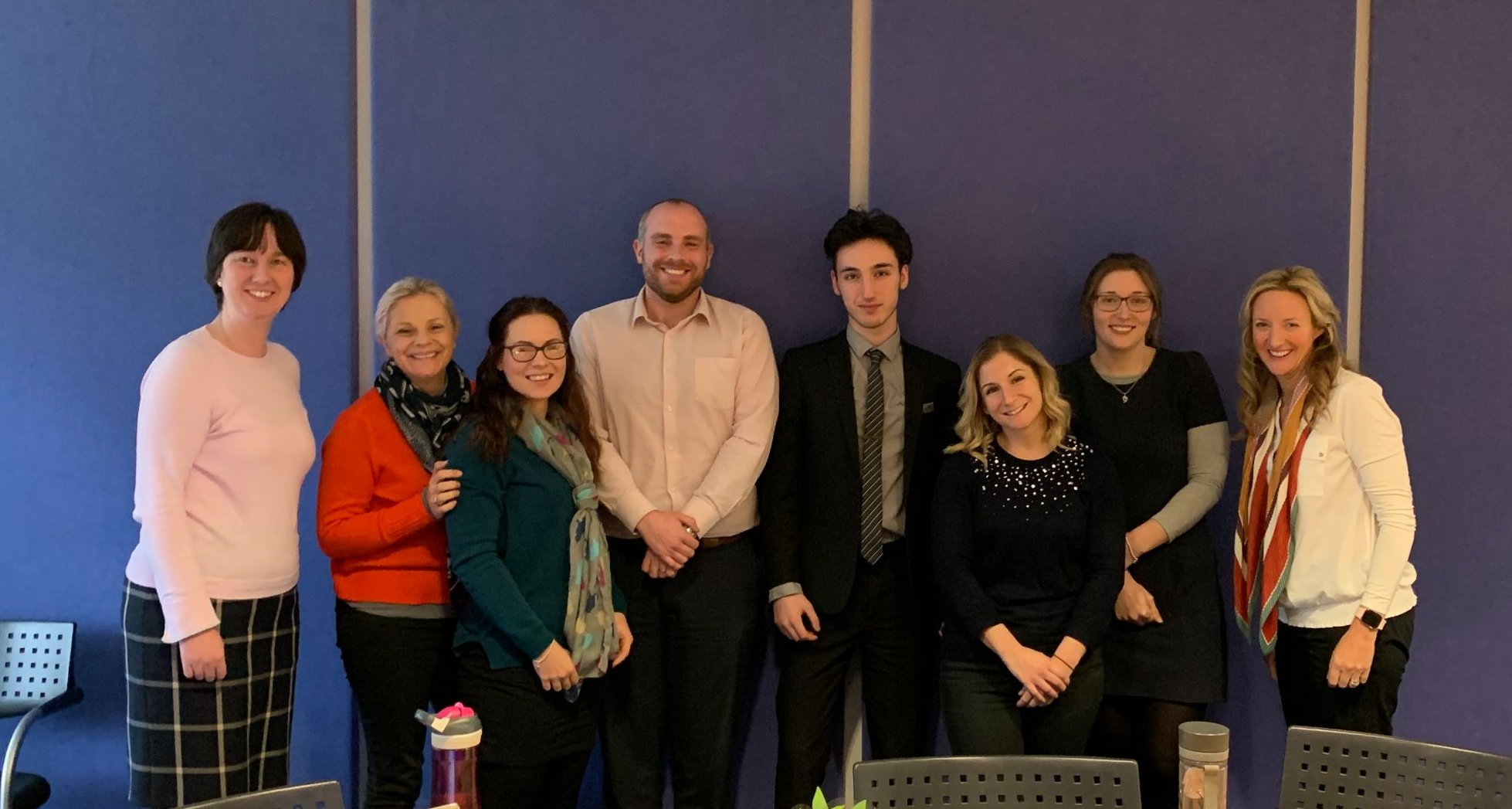 Armin with our learning & development team during his second work placement 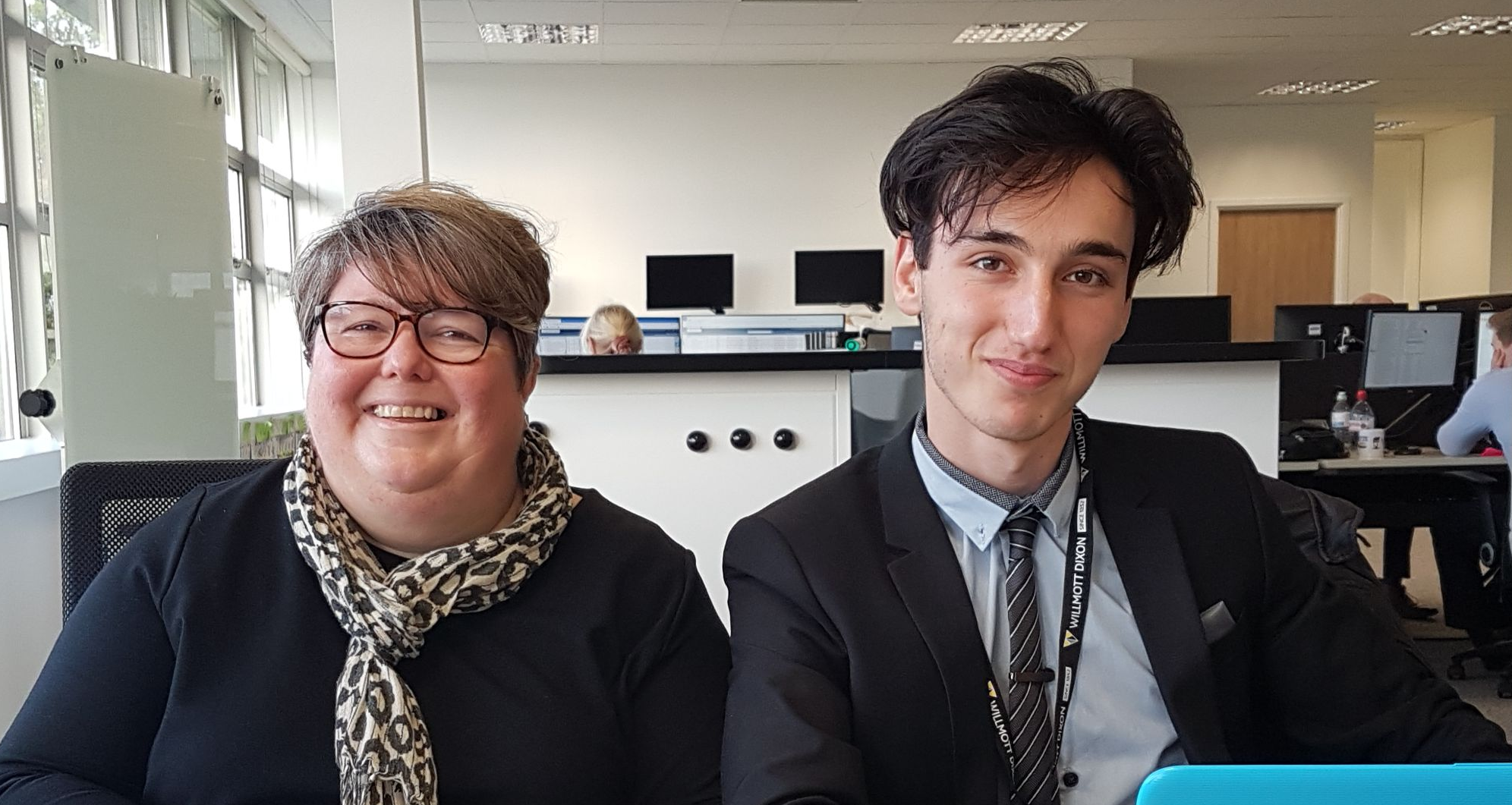 Natalie (left) has spent more than 90 hours mentoring Armin throughout his A Levels, whilst also helping him with housing applications

Whilst completing the remainder of his A Levels, Armin was supported by Natalie through fortnightly mentoring sessions of between 2-3 hours. From September 2019 until end of March 2020 Armin took part in the mentoring programme with Willmott Dixon approximately 90 hours in total. From April to End of August 2020 support continued throughout the lockdown period by Natalie Sidey even though she was furloughed for this period. He received his A Level results during lockdown of 3 B Grades in Psychology, Sociology and English Lit and Language. Natalie provided support with his housing application, Apprenticeship applications and his appeal with the local authority housing department and prepared him for interviews.

The start of a great career 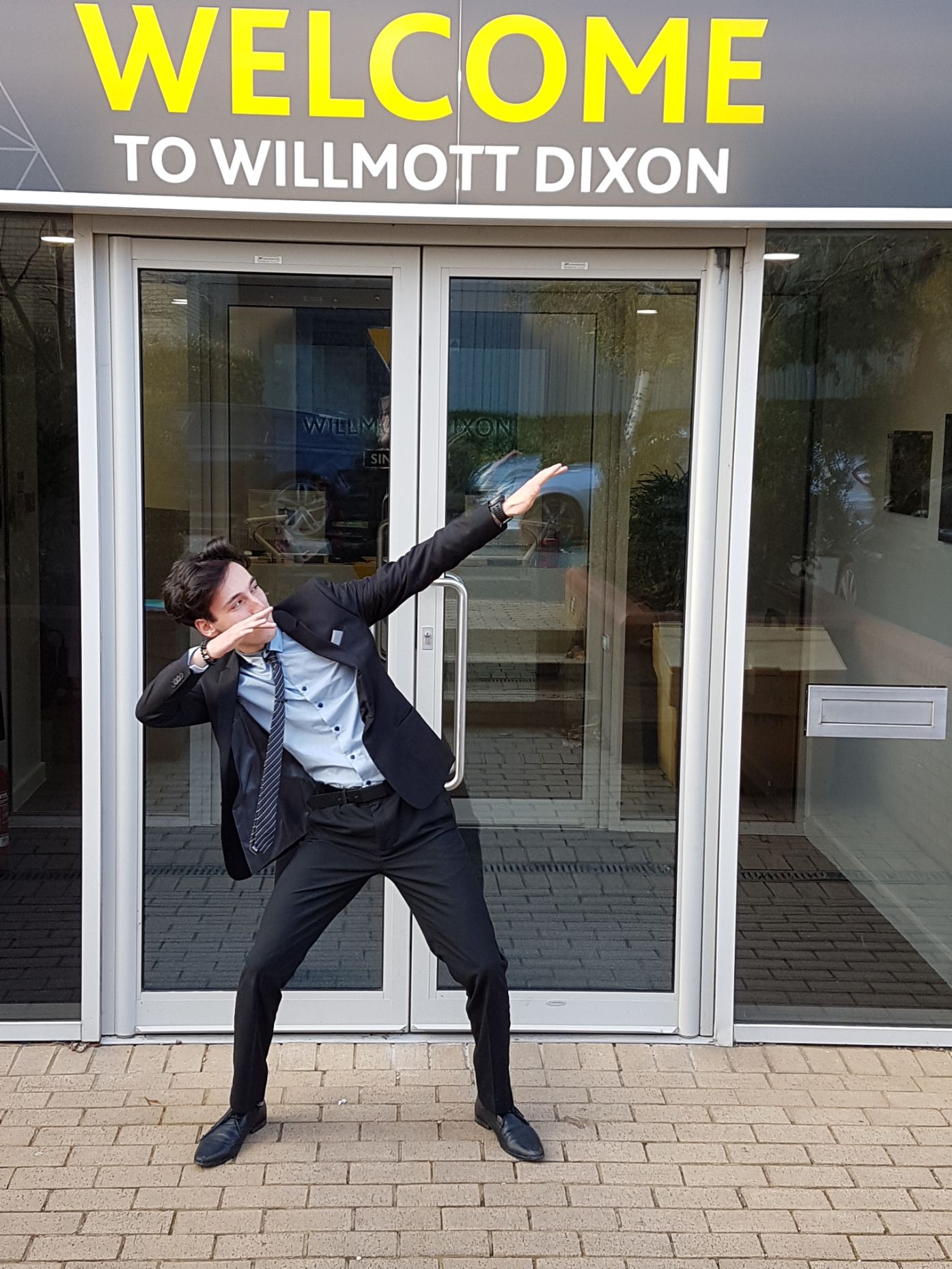 To his merit, Armin has achieved a place on Willmott Dixon's management trainee scheme.

Armin's journey with WD has been long but proves that school engagement is so important and being able to identify how we as a business can support the future generation of our industry.

Armin has secured a Management Trainee Apprenticeship with Fortem and commenced this in September 2020, 300 applied and he was able to demonstrate the skills required to be successful and stand out from the crowd. Skills he has developed and enhanced throughout the last year with the input from his engagement with WD.

He has also now secured a safer and positive environment to live as part of a professional shared house. This represents his resilience and belief in himself ,WD and people that are willing to give up their time to help and support others. Armin's experience represents a true example of 'Purpose beyond profit'