“Congratulations @WillmottDixon in being a winner in my 2015 Hoarding Competition - great effort!”

The Roman theme for the company’s project to build 70 apartments and 10 bungalows for over 55s at Church Walk, Mancetter, reflects the village’s Roman history. During the Roman occupation of Britain, a posting station was built close by on Watling Street and Mancetter is considered the likely location of the Battle of Watling Street between Boudica’s army and a Roman army led by Gaius Suetonius Paulinus, although the exact location is unknown. 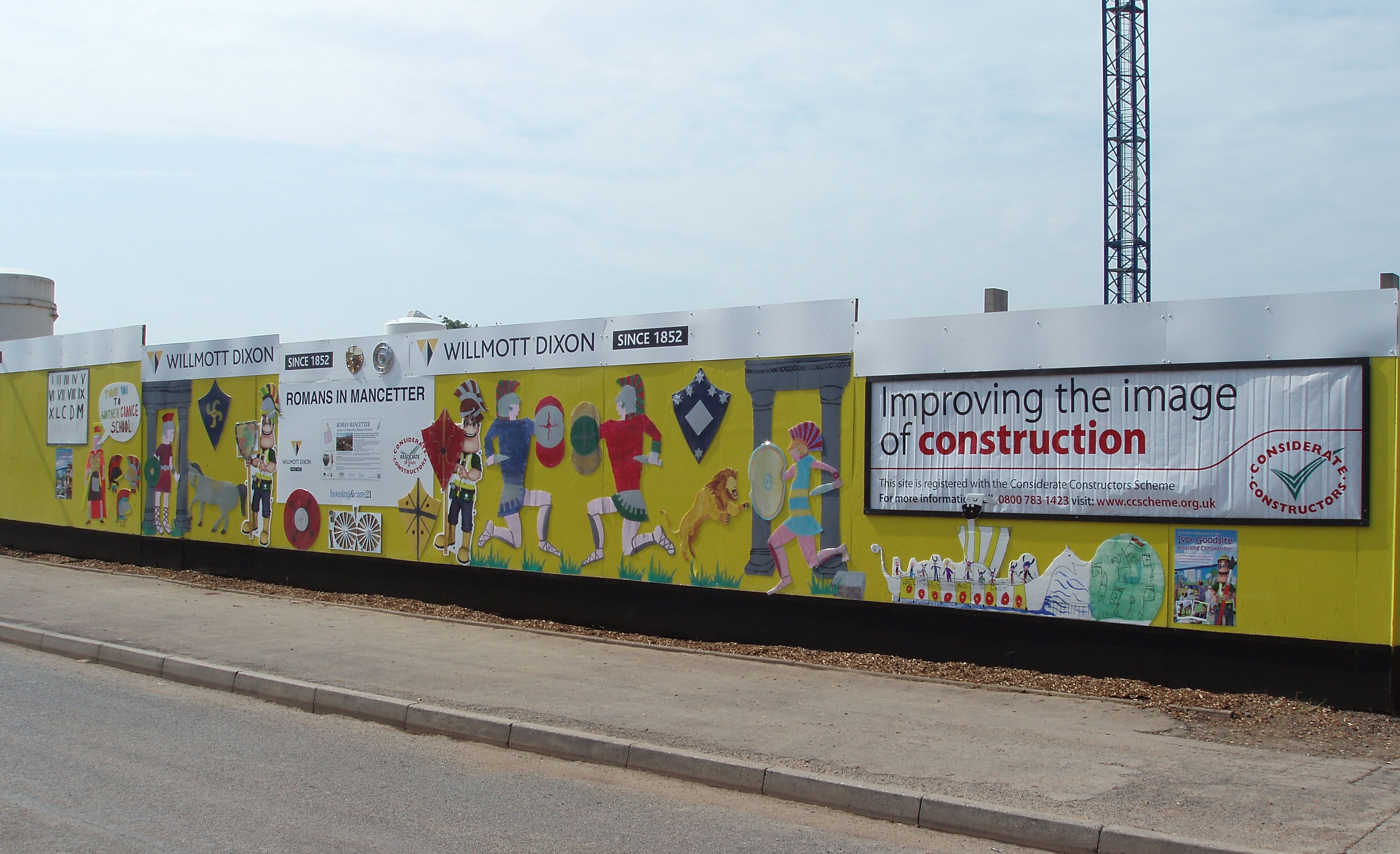 Although no relics were found in an archaeological dig prior to construction starting, that didn’t stop the Willmott Dixon team, aided by pupils from Wathen Grange School, using their imagination to translate local history into colourful designs for the hoardings.

Willmott Dixon is building the project for Housing & Care 21, with work finishing in summer 2016, and engaging with communities is a key part of the company’s ethos on projects.

“Being an integral part of community life is important to us - we won a Queen’s Award for Enterprise for our engagement – so we are always looking for ideas that reflect local history. The opportunity to provide a Roman theme was very popular and I would like to thank the pupils from Wathen Grange School whose brilliant ideas really make the hoarding come to life. It’s made the site a local landmark!”

One of the biggest home builders in the UK, delivering all tenure types across the country

Delivering high-quality accommodation to care for our ageing population