Despite the pandemic and the complications this caused, the bespoke headquarters were completed on time and within budget.

Despite the pandemic and the complications this caused with work on site, the bespoke headquarters on Cazneau Street, Liverpool, was completed on time and within budget.

Rose Hill will bring more than 1,100 officers and police staff under one roof and act as Merseyside Police’s flagship base on a key gateway into the city centre, overlooking Scotland Road and the Queensway tunnel, while also helping to regenerate the Everton area.

Work will now get underway to move all 650 officers and staff from the existing headquarters on Canning Place, as well as 350 from an office in Brunswick Dock and 100 from Lower Lane Station, across to the four-storey flagship police centre and a separate annex which houses a purpose-built Forensic Science facility.

It will be the base for Merseyside Police’s Chief Officer team, as well as the teams which assist with Corporate Support and Development, ICT, finance, the corporate assets team and the news and communications team.

Once the move is fully completed, it will save the force approximately £250,000 a year on its running costs. It is also hoped that a large portion of the cost of the new headquarters will be recouped through the sale of Canning Place, described as ‘the best regeneration opportunity in the entire country’.

Construction on the eight-acre site began in September 2019 after Merseyside’s previous Police Commissioner, Jane Kennedy, and former Chief Constable, Andy Cooke QPM, ceremonially turned the first sod at the brownfield site which is adjacent to the force’s existing station on St Anne Street. 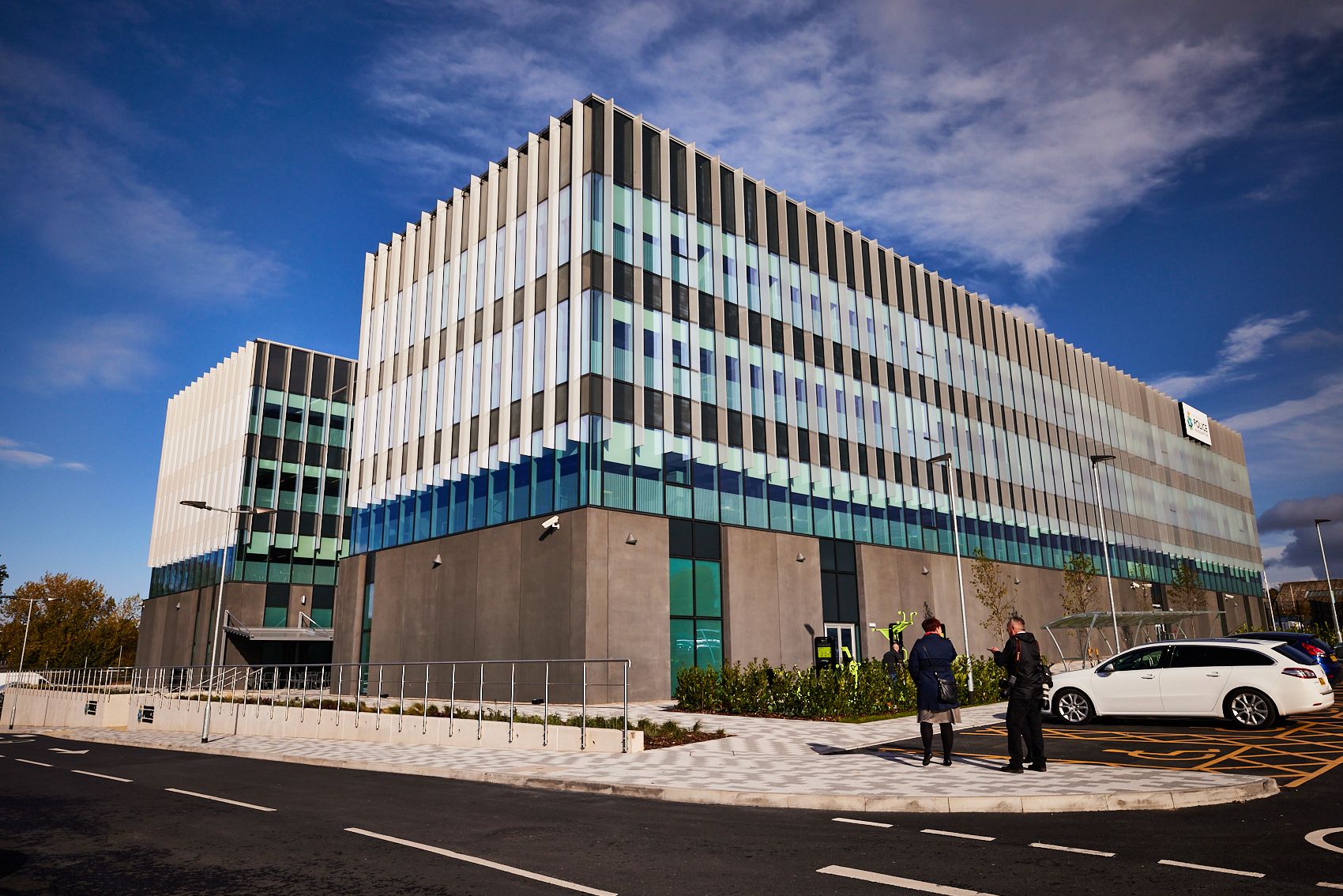 “Despite the challenges thrown up by Covid-19, this state-of-the-art building has sprung to life in just two years and been handed over on time and within budget. That is a real achievement and is testament to the hard work and determination of the team.

“This much-needed centre will be a real asset to Merseyside Police ensuring the force is ready to fight crime now and into the future and giving officers and staff the facilities and equipment to work as effectively and efficiently as possible to keep our communities safe.

“The opening of Rose Hill will also save vital money by reducing the force’s annual running costs by £250,000 compared to Canning Place, while also freeing up a number of small, leased buildings – money which can go straight into frontline policing.

“I would like to thank everyone who has worked so hard to transform what, just two years ago, was a large, muddy, disused site into this stunning, flagship centre for Merseyside Police.

“Special thanks also go to my predecessor Jane Kennedy and Merseyside Police’s former Chief Constable Andy Cooke who got this important project underway and played significant roles in making this magnificent landmark building a reality and I’m delighted Jane is able to join us today for the handover.”

“Rose Hill is an absolutely amazing building which has been purpose-built to meet the needs of a modern police force dealing with the levels of demand, complexity and challenges that officers and staff face every day.

“Whilst the building is a huge investment it will enable Merseyside Police to make savings in the long term. It will also bring teams together that are currently situated across Merseyside, which will make our working practices more efficient and effective, and the indoor and outdoor facilities will also offer huge benefits for the health and wellbeing of the staff who work and visit there.

“Right from the early stages of planning Rose Hill sustainability, energy efficiency and reducing our carbon footprint have all been key considerations.

“Ultimately relocating our headquarters to Rose Hill means that Merseyside Police can continue to deliver an outstanding quality of service putting the needs of our community first in everything we do.”

The new headquarters is named after a former police station, Rose Hill Bridewell, that operated on the site from 1849 until August 1977. The site also features a memorial garden dedicated to the officers who have given their lives in public service.

The building has been designed to meet the latest standards in energy efficiency, including LED light throughout and 260 solar panels on the roof to make sure it is as cheap as possible to run. The site also boasts 500 parking spaces, an external gym, a running track and an outdoor seating area, while 96 trees have been planted on the grounds.

"We are very proud to hand over these new modern facilities for Merseyside Police, which will provide a quality and value-for-money working environment to ensure officers and staff are equipped to serve the people of Merseyside now and in the future.

“We’re committed to delivering brilliant buildings, transforming lives and strengthening the communities in which we work, which has seen us invest £33.4m of our project spend to date with local businesses in the region.

“It is thanks to the strength of the relationships and collaboration between our team, the force and all our local design and supply chain partners that we have overcome the challenges of the pandemic to date, completing the project on time and budget, and, most importantly, keeping everyone safe on site.” 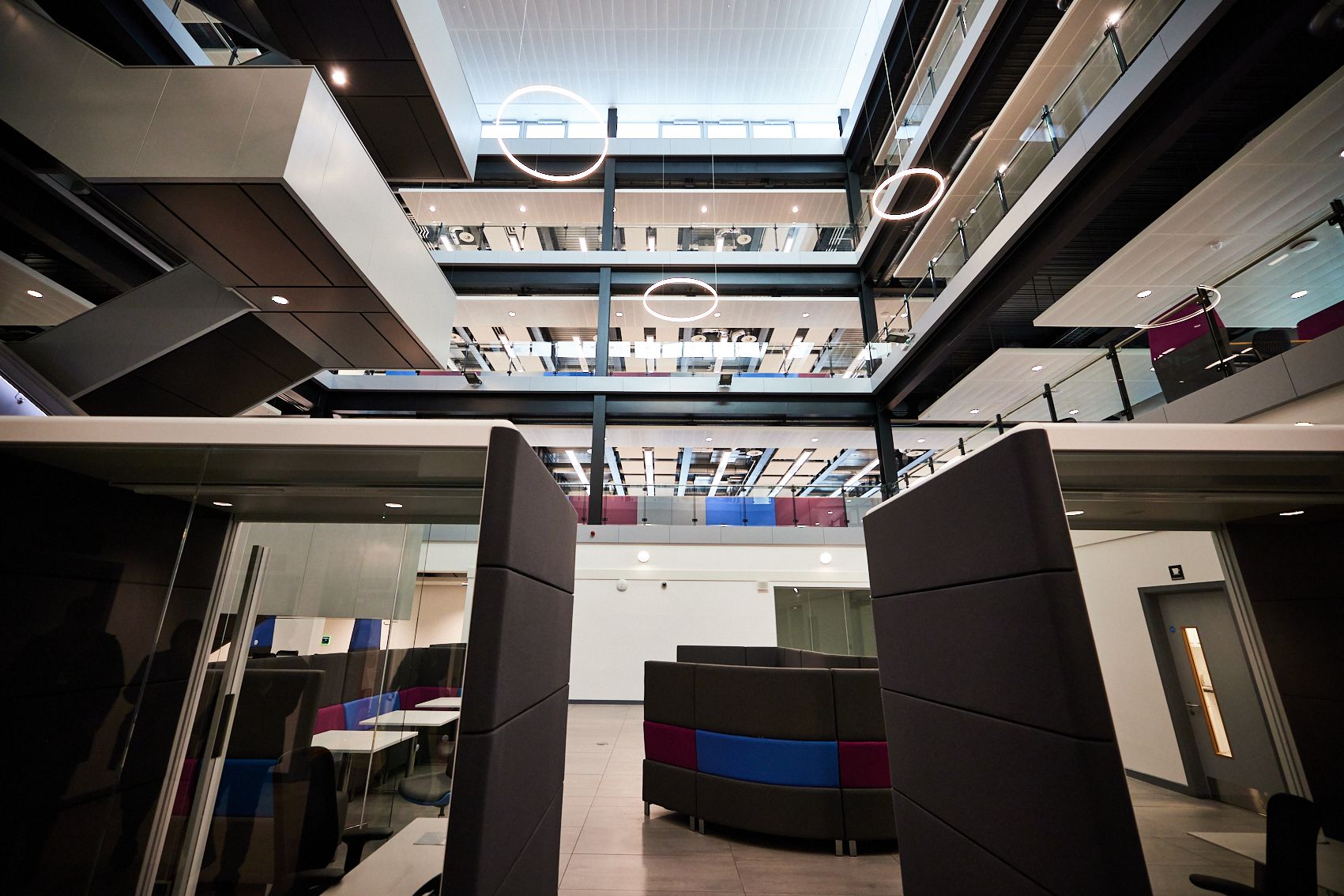