An operations manager at Willmott Dixon has been recognised with an MBE for the commitment and dedication he has shown as a special constabulary chief officer at Greater Manchester Police (GMP), and the inspiration he provides to fellow GMP special officers.

Mike has worked for Willmott Dixon in the North since 2005 and in 2016 won a Construction Manager of the Year gold medal for his project management of Royton Leisure Centre in Oldham. He is currently working on a number of projects in pre-construction at the company’s Oldham office. 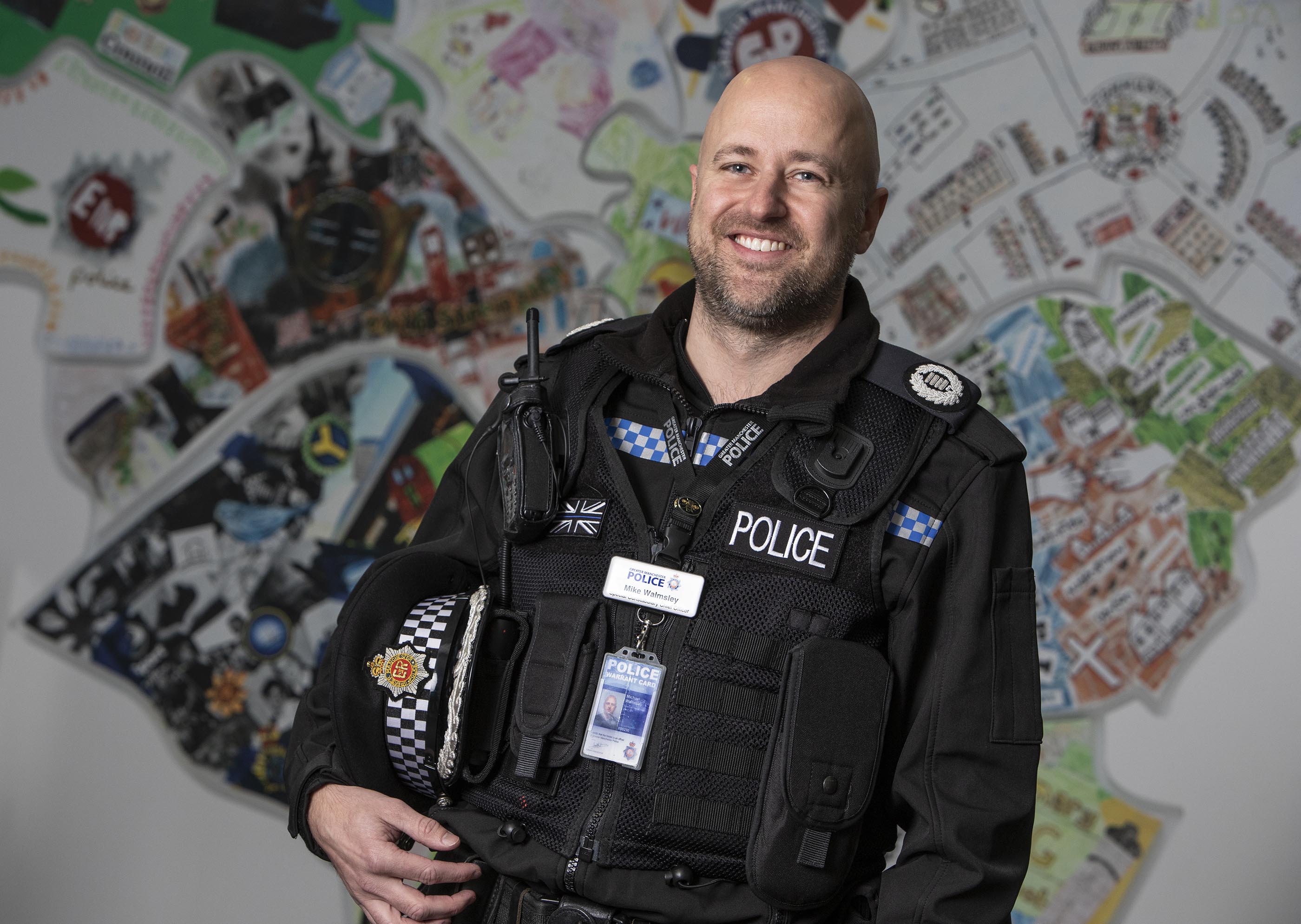 Alongside his day job at Willmott Dixon, Mike has been a special officer since 2003 after being inspired by his father who was a full-time officer at GMP. He said:

“My skills in construction have been very useful to my role in managing a team of special constables who help make Manchester a safer place. Willmott Dixon has also been brilliant in the way they have allowed me to combine my role as an operations manager overseeing the delivery of projects with the demands of being special constabulary chief officer.”

Mike continued, “I enjoy what I do and get great satisfaction from it. My role as chief officer is on a five-year tenure; last year this was extended for another five years so I’m looking forward to being part of GMP for the foreseeable future.”

During his time as a special, Mike has come across many incidents but one in particular stands out to him and continues to be a reminder to why he’s inspired to continue being a special. He said, “The day after the Manchester Arena bomb, 197 specials turned up for duty to support the community. To witness the commitment from all these volunteers, wanting to change their own plans and dedicate themselves to the role was humbling.

“It reinforced to me what an amazing team of people we have and I’m proud to lead them in all that we do. As a special, I just try to do the best for the people and help support other specials. My officers wear the same uniform, have the same powers and face the same risks as regular officers.”

Willmott Dixon encourages its people to get involved with activities that support their local communities as part of its ‘purpose beyond profit’ ethos. This includes mentoring pupils at schools, improving community facilities, working with disadvantaged people to get them into jobs or, in Mike’s case, allowing him to combine his role as operations manager with being a special constabulary chief officer.

Each year, four out of five of Willmott Dixon’s people take part in an activity that leaves a positive legacy, with around 50,000 of work time hours invested in improving the life chances of others. This equates to over 1% of staff work time devoted to supporting others, equivalent to £900 invested per employee and £1.95m overall.

“We’re very proud of Mike receiving an MBE. He joins a very select few from the construction industry recognised in this way and he fully deserves it. His ability to combine a very responsible job at Willmott Dixon, where he is charged with delivering large projects for our customers, with his work as a special in GMP is an inspiration to all his colleagues.”

As well as his job at Willmott Dixon, Mike is a Trustee of Birtenshaw, in Bolton, which provides a range of care and education services for children and young adults. A role he was asked to undertake after delivering a new building for the charity in 2017.