A year after Willmott Dixon handed over St Albans’ award winning Museum and Gallery, the company is working again with St Albans District Council to deliver a new leisure and cultural centre in Harpenden.

The £17m contract, which was procured via Major Works England and Northern Ireland, a part of the Scape National Construction framework, will see Willmott Dixon extend and alter the existing swimming pool building in Rothamsted Park to provide an improved main pool, as well as new 17 metre-long learner pool, a sports hall, dance studios and a larger gym plus new changing rooms, a steam room, sauna and reception area.

The company will also transform the adjacent sports facility into Harpenden Cultural Centre with a 511-seat theatre which will host national and local touring productions, building on Willmott Dixon’s track-record of creating or improving major cultural venues such as Alexandra Palace’s east wing, Bristol’s Colston Hall and delivering a new home for the Design Museum.

Work on this project, which also includes creating a 92 space car park, will complete in autumn 2020.

The new investment replaces facilities, such as the Harpenden Public Halls entertainment venue, revitalising the leisure and culture services provided in Harpenden.

Last year, Willmott Dixon transformed St Albans Town Hall into a museum and art gallery rejuvenating the cultural life of the city (below). The extension and refurbishment has also created public meeting spaces as well as being a showcase for over 2,000 years of heritage and hosting cutting-edge art exhibitions. 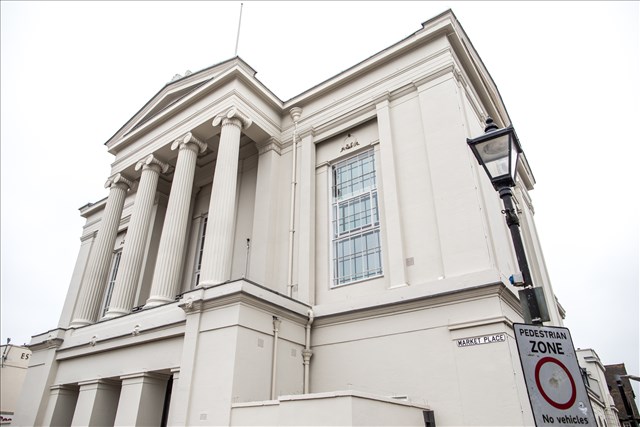 The transformation of the Town Hall was recognised by the Hertfordshire Building Futures Awards in 2018 where it was given the Retrofit for the Future award and commended in the Project of the Year category. The person who led the site team, Jon Allworth, who is also leading on the Harpenden project, is up for a Construction Manager of the Year award this September for his work delivering the new Museum and Gallery.

“The team are exceptionally proud of what we created in St Albans with the Museum and Gallery, which has been an important new attraction for the city. We are keen to make a similar impact with our work in Harpenden to expand its leisure and cultural offerings to local people.”

Mark Robinson, Scape Group chief executive commented, “Through the National Construction framework, the team at Willmott Dixon have already successfully helped St Albans update a key cultural asset. It is testament to the effectiveness of the framework and the relationship that Willmott Dixon have built with St Albans District Council that they have been appointed once again to update this important community facility.”