The transformation of Bristol Beacon reached a significant milestone in the ambitious construction programme this week, bringing it another step closer to completion.

The three partners responsible for the once-in-a-generation redevelopment of the building – building owners, Bristol City Council, the music charity in charge of managing the venue, Bristol Beacon, and construction partners, Willmott Dixon – came together for the ceremonial ‘topping out’ that is a traditional milestone in any construction project.

‘Topping out’ is an age-old tradition that marks the structural completion of a building, which takes place when the highest point of the building is reached. For Bristol Beacon, this is a key milestone in the transformation of the 155-year-old venue.

The rooftop ceremony began with a special performance of ‘The Lark Ascending’ – a significant piece of music performed for the first time ever in Bristol over 100 years ago – by violinist Simon Kodurand, Artistic Director of the Bristol Ensemble. Following this, the three partners and Mayor Norris all signed their names onto a structural steel. They also signed the music score for The Lark Ascending, which will be cemented into the fabric of the building.

After the short ceremony, they took a behind-the-scenes tour to see the latest progress and milestones on the work.

“The topping out ceremony is a significant milestone in any construction project. Having seen the dire condition of the building at the start of the restoration, it’s great to see Bristol Beacon get to this point. Now we can see the roof and the development taking place underneath, and we can really see it taking shape.

“It’s a hugely important venue for the city – both its history and its future. Most importantly, we will have a world-class concert venue in the middle of Bristol that has inclusivity and sustainability at its heart, and which will support the businesses around it and community organisations across the city.”

“It’s been a very complex project and we’re feeling proud to have reached this important milestone today. We can now see a very special building coming together for the benefit of musicians and audiences from right across the region.

"We will have extraordinary new performance spaces to present every kind of music and a state of the art education centre for young musicians to develop and grow.”

“Seeing the progress that’s been made in the last year and the sheer scale of this project is incredibly impressive. But what’s most exciting is what this transformed venue is going to do for Bristol and the West of England when it’s complete. It is going to mean that we can bring big names and acts to our region, as well as providing an inspiring environment and opportunities to support new and local talent.”

“Today is a really significant event in the history of the construction project because it marks the end of the structural phase of the works. All the unforeseen challenges and issues we’ve encountered have been put to bed and we now have a building that is structurally sound and water tight. As we move into the fit out, over the next few months you’ll really start to see the aesthetics going into the hall, it will start looking and feeling like an auditorium and hopefully in 18 months’ time, we’ll have the first bands playing here.”

Being procured using the SCF Framework, when complete, Bristol Beacon is expected to generate at least £13m for the local economy in its first year and support more than 273 FTE jobs. As a world class venue at the heart of the city, Bristol Beacon will deliver around 800 events a year, including 100 performance slots a year dedicated to championing Bristol-based artists.

The most recent key construction milestones in the last few weeks on the project include: 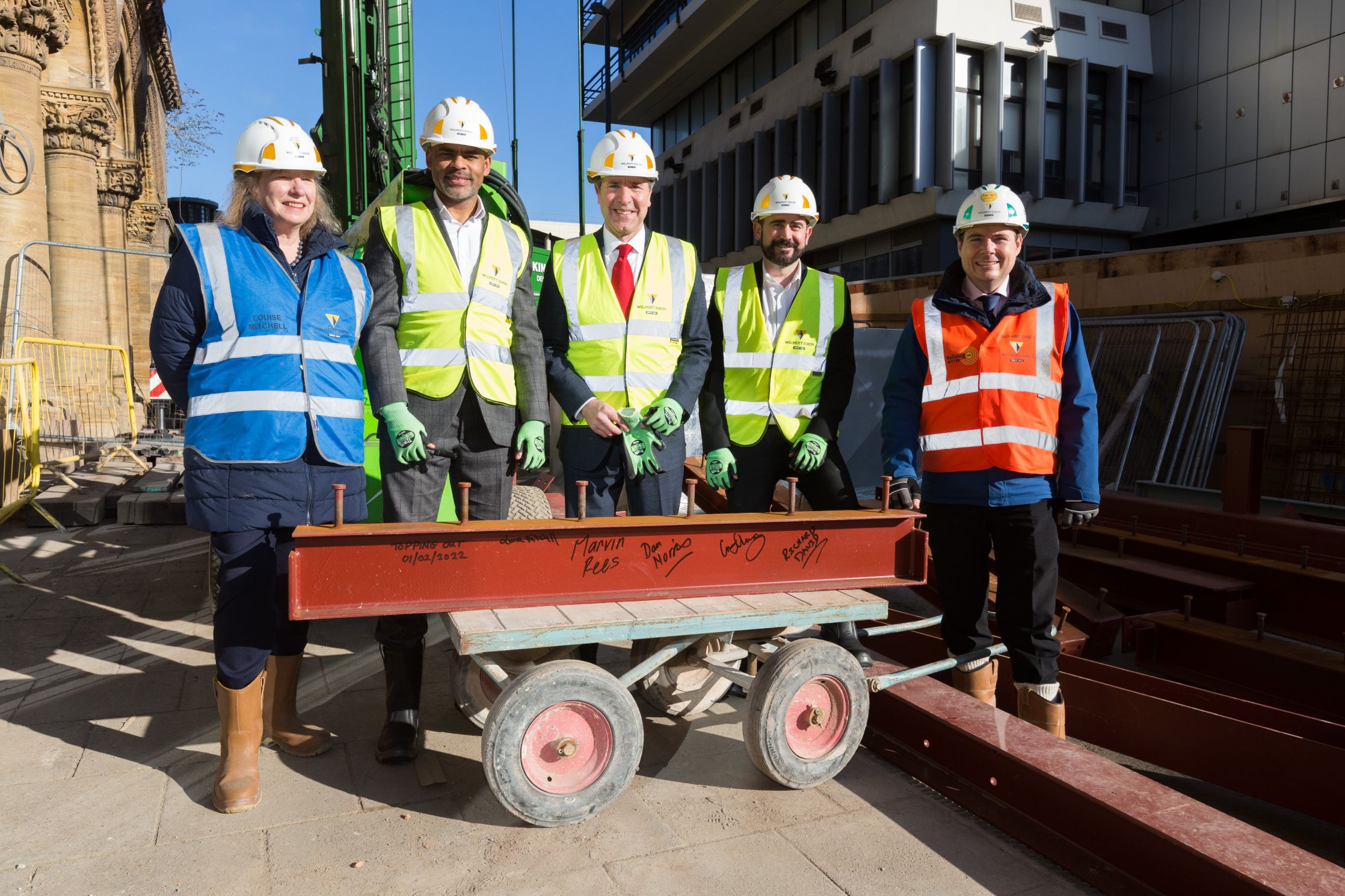 Transforming the biggest live entertainment venue of its kind between Newcastle and Leeds.